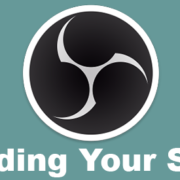 Sometimes the best way to teach someone something is to show them, step-by-step. That means recording your screen as you talk them through a process. But with so many screen recording software on the market, how do you pick the best one? Read about our favorite one: OBS Studio.

OBS Studio is powerful and free software that has been around for over five years. It is available for all platforms (Windows, Mac, and Linux), and is constantly being improved by a dedicated team The program is open source, so you are free to use it for just about any project that requires recording a computer screen. The team does accept donations, which is highly encouraged because the project is so worthwhile.

The beauty of OBS is that it may be as complicated to set up as you need it. With just a few selections from the menus, you’ll be recording your screen and voice in no time. But with more set up, you can capture yourself on your webcam, place yourself in the corner as you record the screen, display a static image on-screen, or dynamic web content, too. There are many possibilities. Here are more features of OBS:

While you’ll find a variety of screen recording software to choose from, we feel that OBS Studio is the best of the best. We have used it countless times in creating our tutorials. Our highly popular Android development tutorials, for example, couldn’t be created without them.

Do you have some advice on great screen recording software? Let us know in the comments.

Want to join the discussion?
Feel free to contribute!

How to Code Anything with Codeanywhere

How to Create a Podcast
Scroll to top
Translate »